Though common in litigation, confidential settlements can be controversial.

While confidentiality agreements had help expedite settlement, there are concerns that secret settlements can work against public safety by covering up health and safety hazards. As with much in life, the hardest choices are not between good and bad, but between good and good, and between bad and bad.

For defendants and their insurers, there are several obvious reasons to seek confidentiality of settlements. Especially in cases in which multiple future claims are likely, such as allegedly defective manufactured products or allegedly widespread conduct, they may seek confidentiality of settlements so as not to encourage additional claims or impair business reputation.

Public safety advocates criticize secret settlements that hinder the ability to identify threats to public health and safety and hold wrongdoers accountable. As Justice Brandeis noted, “[s]unlight is the best of disinfectants.” Where a case involves the potential for widespread public hazards due to product defects or systemic misconduct, there is good reason for plaintiffs to resist secrecy. In the discovery context, there are many factors to consider that are beyond the scope of this discussion of settlements.

Regarding settlement, plaintiffs’ lawyers should: (1) discuss secrecy concerns for public interest in advance with clients; (2) remember that a settlement agreement filed with the court is itself a public record; (3) insist that the settlement comply with states laws, court rules and ethics rules; (4) insist on plaintiff’s ability to disclose settlement to government agencies, accountants, bankers, and financial advisors. See Leslie A. Bailey & Amy Radon, “Confronting Court Secrecy Issues from Discovery through Settlement: Measures to Protect Both Your Client and the Public Interest.”

Defendants may also desire confidentiality of settlements when plaintiffs’ lawyers have figured out a legal strategy that, if widely known in the legal community, could disrupt a multi-billion dollar business model. We have been involved in that repeatedly over the past thirty years but can’t talk about it.

Public safety concerns about confidentiality tend to be less when the cases arises from a single highway collision that, if reported in the media, could impact a defendants’ business but would not leave members of the public exposed to greater danger.
Plaintiffs often just go along with a confidentiality clause in settlement just to get their money sooner. However, it is not always just a matter of convenience. Plaintiffs recovering large amounts of money may desire confidentiality as much as the defense.
If a large settlement is publicized, it can affect relationships with friends, relatives and neighbors who might resent what they see as a financial windfall. Relatives and friends may suddenly come out of the woodworks as soon as they smell money. Investment advisors and charities may besiege the plaintiffs who have come into big money. It is common to agree to confidentiality of a settlement where client quietly lived in a small town and did not want their sudden wealth to distort relationships with friends and neighbors.

We once had a simple, uneducated, unsophisticated client from a rural county who had enough folk wisdom to recognize his vulnerability to such entreaties. In addition to confidentiality of the settlement, he opened a bank account two counties away from home, with a bank that did not have a branch in his home county. Both his initial cash disbursement and monthly settlement annuity payments were automatically deposited in that account. Disconnected from the community where he and all his relatives lived, there was virtually no risk of anyone he knew learning about his vastly improved financial status. He remained in the 150-year-old log cabin that been his family’s home since pioneer days, though considerably upgrading it inside. He worked a while longer to qualify for a state pension, then with a nephew started a “you pick ‘em” berry farm on the family land. With his confidentiality protected, he was able to live unobtrusively and undisturbed by greedy people for the remaining 25 years of his life.

Another client whose son died due to an obscure brake design defect was an immigrant from a Third World country that was emerging from a brutal civil war when we settled his case. As he came from a politically prominent family in his home country, he had an opportunity to take a cabinet position in the new government of his nation. The brutality of the losing side of the civil war was legendary so there were serious concerns for personal safety if anyone back home knew that he was a millionaire. The defendant auto manufacturer also wanted confidentiality of our settlement for all the usual reasons. After determining that ours was the only known incident in the country arising from that brake defect, and that the defect was corrected in all subsequent model years, we determined that the risk to public safety was remote. Thus, we and the manufacturer’s attorneys made a joint motion for a confidentiality order and to seal the court file. The client then returned to his home country to explore his options for public service. However, he determined that due to endemic corruption he preferred to return to Georgia and buy a business.
The terms of a confidentiality clause are negotiable. For example, in one recent case that was settled for $8,000,000, in which both sides wanted confidentiality for different reasons, we included the following language:

In consideration of $100 of the total amount set forth in Paragraph 2.0 of this Agreement, the undersigned agree and acknowledge that the terms and provisions of this Agreement, with respect to the actual amount paid, shall be kept in strict confidence, from inception of the agreement, moving forward. The undersigned further acknowledge and agree that the settlement amount may be revealed only with the written permission of Defendants and Insurer. The only exceptions to this promise of confidentiality are that a party may, without securing the prior written permission of the opposing parties, provide information about this Agreement and the settlement it memorializes as follows:
a. to the Internal Revenue Service or the Georgia Department of Revenue upon request; b. to the court in any proceeding to approve or enforce the terms of this Settlement Agreement so long as the Settlement Agreement is filed under seal;
c. to a health insurance company, health care professional, or others asserting a claim for subrogation or reimbursement for medical expenses paid;
d. as required by any governmental agency or by process of law, so long as the party(s) provides opposing parties with written notice via certified or statutory overnight mail of such governmental agency requirement or process of law and grants the opposing parties an opportunity to contest such governmental agency requirement or process of law in advance of any disclosure by the party(s) and, further, so long as any entity receiving that information is informed of this confidentiality agreement prior to the disclosure of information protected by it; and
e. to a party(s)’s attorneys, professional accountants, and financial advisors, spouse or professional tax consultants with whom that party(s) have a confidential relationship.
f. Counsel for Plaintiff may report the fact and amount of this settlement to any verdict database and in firm marketing materials, though without revealing the names of the parties, defense counsel, Insurer, county of venue, or the date or location of the subject incident.
If the undersigned is asked about any claim described in the recitals or released in Section I of this agreement, the undersigned may respond that “The case has been resolved” or words to that effect.

Blatant violations of confidentiality agreements and orders are relatively rare, in part because the consequences of violation are a deterrent. Remedies available for breaching a confidentiality clause are generally the same as those awarded for other contractual breaches. Nominal or compensatory damages may be awarded in appropriate cases.

Because proof of damages for breach of confidentiality is difficult, such contracts often include a provision for liquidated damages in amount sufficient to deter violations. Most courts have refused to award punitive damages.

Lawyers drafting confidentiality agreements may specify remedies including monetary liquidated damages, injunctive relief, costs, or attorneys’ fees. Liquidated damages amounts should not be so high as to be deemed punitive and thus potentially void.

If it is a confidentiality clause of a contract, that is governed by the same legal rules that govern other types of contracts. That is why settlement agreement often include a consent confidentiality order. But if the confidential settlement becomes an order of the court, the order itself ordinarily becomes a public record. One method to assist in keeping the terms confidential is to have the official record sealed. We have agreed to that where the plaintiff had strong reasons to desire confidentiality. In such cases, the court should independently weigh the need for privacy against the public’s interest in having access to public records. 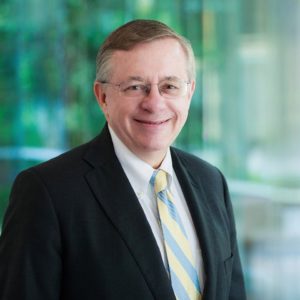